“Singing with the Exiles: We Are Going Home”

Christ is risen! He is risen indeed! Alleluia! Easter means we are going home.

A couple of years ago as my wife and I were expecting the birth of our daughter, we started watching a lot of HGTV – and still do. Programs like Fixer Upper, Property Brothers, and Love It Or List It have become favorites in our household. In addition to getting a lot of ideas about what we’d like to see in the places we might live in the years ahead, we enjoy seeing all the home renovation work that happens on those HGTV shows. Judging by the number of them, it looks like a lot of people are interested in taking the old and making it new. But even if that’s the case, there’s something to be said for a completely new place and a fresh start.

Every year, HGTV designs and builds a completely new house for their “Dream Home” giveaway contest. And since we’ve started watching HGTV, my wife has diligently submitted entries into that drawing for each day of the contest. If you’ve seen these houses, you can understand why. This year’s offering was a Cape Cod style cottage up on Martha’s Vineyard, an open floorplan house with lots of natural light and high ceilings. It’s a beautiful building, and we wouldn’t mind living there if we’d won the giveaway – especially going from the one-bedroom condo we’ve called home for the past many years. But that’s the thing: even though the HGTV Dream Home could be a really comfortable place to live, it’s not our home.

“Singing With the Exiles” has been our theme for our midweek Lenten and Holy Week services this year – and it’s a theme which comes to a close today as we celebrate Easter. We’ve been spending time with God’s message given through the prophet Isaiah in the eight century for the people of Israel who would be living in exile in Babylon in the sixth century. Hundreds of years after King David, who wrote the psalm we sang this morning, the people were cast out of their home in promised land.

It shouldn’t have come as any kind of surprise. They should have seen it coming. They’d been giving themselves over to false gods and empty idols. They failed to listen to the call of the prophets who God sent to turn them away from their selfish living, to turn back to their Lord. So God gives the people over to the Babylonian Empire as a consequence of their faithlessness. Babylon drags the people into exile, keeping them in captivity for about seventy years. But then God gives Babylon over to Cyrus and the Persian Empire, who sets the Hebrew exiles free. The people of Israel are once again free – but they’re still a people far from home.

Exile is a bad thing. If you’re in exile, you’ve been shut out. You’re cut off from where you want to be, where you should be. Stuck in exile, the people of Israel couldn’t get back to the promised land and the once-great city of Jerusalem that had been home to the Lord’s temple. In Isaiah’s message to the exiles, though, we see that God would indeed act to return His people to the promised land. But that wasn’t the main reason that he freed Israel from Babylon. He wanted the people to come home to Him.

Home isn’t simply a place or a building. Even if you’ve got the fanciest Cape Cod-style cottage on Martha’s Vineyard, it’s not a home unless there’s relationship that connects you to it.
The people of Israel weren’t just far from the promised land. They were far from the Lord who promised them the land. In ending their exile, God speaks to the people here in Isaiah 55 and calls them to know the joy of a restored relationship with Him. They had been far from Him, so He comes to them to bring them back. “Seek the LORD while he may be found; call upon him while he is near…” (Isaiah 55:6)

Seeking the Lord is the opposite of seeking idols. He gives life; they bring only death. When you hear the word “idolatry,” it might bring to mind primitive people in robes or togas worshiping statues. But idolatry is a problem for human beings in every time. Our culture is dominated by idols. If there’s something out there that someone thinks can offer them ultimate happiness, something to which they are offering sacrifices to achieve that goal, it’s an idol. Back in ancient times, those false gods were bloodthirsty figures who were impossible to please; that’s still the case today. We still look to idols in the belief that they can bring us some kind of salvation. We lift up good things, pushing them onto pedestals and making them into ultimate things. We worship them. Once something becomes the object of your adoration, you can find yourself doing whatever it takes to get what you want: going against God’s design for life, harming your health, ruining relationships. You’ve become a slave to the false god you’ve made. One of the greatest dangers of idolatry is that you can be blind to it, especially in a culture that advocates idolatry. And if you keep chasing after your false god, it will ultimately destroy you.

We have all been stuck in exile, only ours didn’t begin by being taking captive by Babylonians. Our exile started when our first parents were kicked out of Eden. That exile has continued in our broken world, where people continue to kill and destroy in the name of false gods, where people continue to suffer as they sacrifice to their idols in seeking ultimate happiness. But God doesn’t want anyone stuck in exile.

In calling His people back from their exile, the Lord offered them what they most needed: forgiveness. Even the wicked of Israel who had become comfortable with life in Babylon, along with the unrighteous who trusted in their own thoughts, could know the joy of a restored relationship with God. It’s time to turn around and leave Babylon. It’s time to head home.

The prophet’s call to “seek the Lord” wasn’t given so that the people could go and find God near: they can seek Him because He is near! God has come with abundant forgiveness to save His people. But what does it mean to be saved? What is salvation, anyway? How would you define it? Here in Isaiah 55, we can see that salvation is having a restored relationship with the one true God. To be saved is to be brought back from exile, to be renewed with the gifts that the Lord freely offers. And where God say that we should seek Him? Where He promises to be found: in His Word, in Baptism, and in His Supper! Seek the Lord because He is here. The living Lord is here to welcome us home.

God’s word of welcome is here for you this Easter morning. It’s a sure Word that will accomplish the purpose for which He has sent it, like the rain falling to nourish the earth. We see that in the resurrection of our Lord, the victory of life over death. Jesus was the ultimate sacrifice for our idolatry, offered up on the cross for you and for me, the wicked and the unrighteous. And through God’s sacrifice, we have God’s forgiveness. Thanks be to God that His thoughts are higher than our thoughts! The restoration that Jesus brings about is greater than anything we exiles could have imagined.

Look here in Isaiah 55 at God’s promise to the people He will bring home. Nature itself will rejoice: the mountains and hills shouting in joy, the trees clapping to welcome the returning exiles on their way. All creation celebrates because God takes the old and makes it new. The exiles who were once failing and fainting will be restored to life in the place they were meant to be, in the relationship with God they were meant to have. You and I get to look forward to that, too.

We are not home yet. We’re still living in the land of our exile. But home is in sight. We get a taste of it now, as we continue on in our journey home, seeking and finding God in the places He promises to be. With the cross and empty tomb behind him, Jesus is leading us on and taking us home – not to the old Jerusalem, but to the new one: our home with Him.

Blessed Easter to you. We are going home! 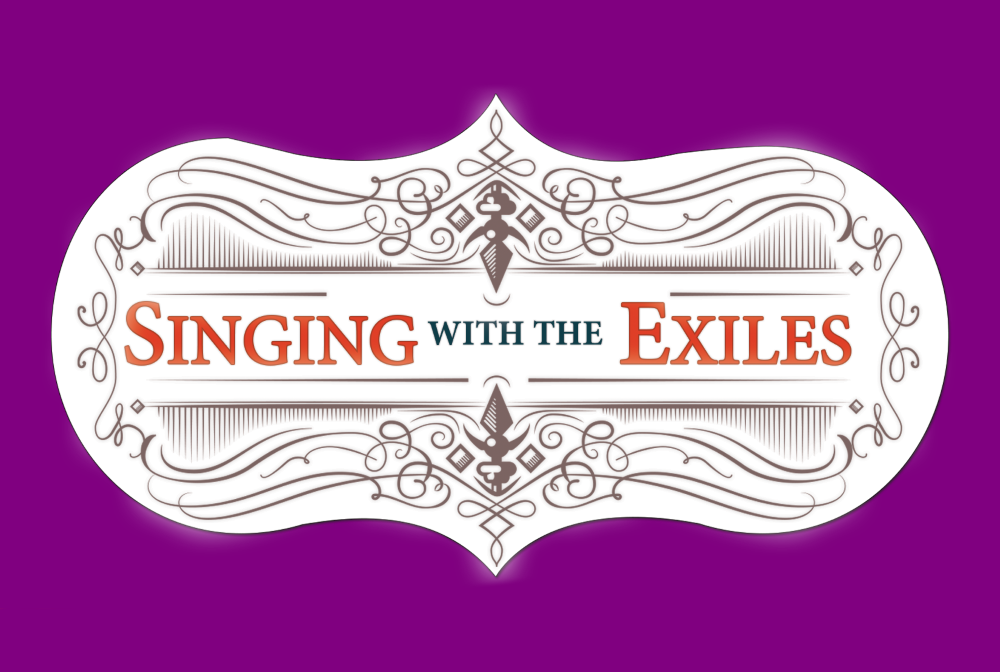