Freedom From and Freedom For

“All of Life: Freedom From and Freedom For”

I don’t know if any of us can really imagine what it’s like to be a slave. Having to do what someone else tells you, all the time. You’re required to go where you’re led (or made to go) with no option to explore the world around you. As a slave, you’re seen as a piece property, an extension of someone else’s will, instead of being viewed as the person that you are. While it might be difficult to imagine being a slave in the ancient Near East some two thousand years ago, or closer to home in our own nation’s past, can you imagine being a slave today? Many in our world don’t have to imagine it: there are an estimated 21-30 million people living under some form of human slavery today – or maybe more, depending on how you define it. But if we consider the essence of slavery without limiting it to the human trafficking that we might see in our modern world if we really looked around, it might be even more of a problem that you’d think.

At its core, slavery is about controlling someone, dominating or oppressing someone in such a way that they’re not free to walk away on their own. That person doesn’t get to choose their vocation – indeed, people usually are forced into slavery because of outside forces that they couldn’t control or overcome. Someone who’s a slave is usually compelled to act. The slave becomes an agent of whatever power they serve, and they don’t have a hope of getting away. Using that definition, is it so hard to imagine what it’s like to be a slave? There are things in life that compel us to act – whether they’re inside us or outside us– forces from which we’d be unable to escape and walk away from on our own. Maybe we can imagine what it’s like to be a slave. At the very least, we can say what a slave might prize: freedom.

Freedom is the greatest goal that humanity can achieve, right? But what is freedom, really? To be free means that you’re not under someone’s control, that you’re not being oppressed. That certainly sounds like a good thing. More often than not, we describe freedom in terms of what we’re free from, saying all those forces that would make us slaves are not going to. The Jewish leaders who’d been listening to Jesus seemed, at the very least, to have this understanding of freedom going for them: freedom is the absence of slavery.

The freedom that Jesus brings does, in part, mean that you are free from what which had made you a slave: self, sin, death, the devil, and guilt. In him, you have freedom from all that! It’s a gift God gives you in Christ, because He loves you. That’s the truth that Jesus spoke to the religious leaders in the temple that day, the truth that we Lutheran Christians especially celebrate this weekend as we remember the Reformation. Jesus alone sets you free. He’s the one who shows God’s unimaginable love for our broken world and us broken people. He brings God’s grace.

And God’s grace doesn’t end at setting you free from slavery! While it’s sometimes missed in our recollection of the Reformation, Martin Luther and the other reformers also taught how God’s word shows us that Christian life isn’t just about “freedom from,” it’s also about “freedom for.” Freedom, including the freedom which Jesus has made a reality for his people, is not an end in and of itself. If you think about it, freedom’s rather pointless if there’s nothing that comes after being set free from slavery. Once you’ve been freed, you get to enjoy the life you’d once been denied. In Jesus, you and I are set free for life as God’s people.

In baptism, the Son set you free. You are no longer someone who has no hope of escaping the oppression and control of that which had enslaved you. And while slavery is based in the lie that a slave is a tool or resource, the freedom that you have through God the Son rejoices in the truth that you are a person who is loved by your Creator. In baptism, God declared your new identity as His child, making you a member of His household for Jesus’ sake. That’s something that no one, no force can ever take away from you. When the Son sets you free, you are free indeed.

Over the past several weeks here at St. John’s, we’ve been exploring what it means to be a steward of the freedom we have in Christ. Knowing that we have been justified by Jesus and brought into a restored relationship with our Creator, all of life is transformed. It’s no longer about living in slavery to self, sin, death, the devil, and guilt but about living in faith, trusting and obeying God’s word as we experience the reality of that restored relationship with God. You and I have been given freedom for living out life with God in the here-and-now. We won’t get it right this side of heaven, but the Holy Spirit is at work in shaping us each day of our journey to more perfectly live in the freedom that we have through Jesus.

From a practical standpoint, freedom for life as God’s people can remove the burden of managing worldly gifts. When you see that all of life is God’s gift entrusted to your care, you need not suffer under the concern that God is getting the right percentage of your time, finances, attention, or the like. It’s all 100% His, but God has entrusted 100% of it to you for you to use in ways that honor Him. Recognizing His gifts, then, what are ways in which you can support your fellow freed people in Christ, along with those who have yet to know Jesus as their loving Lord? You’ve been given freedom for making such decisions as you abide in your Savior’s word.

You are not a slave. You have freedom from slavery to self, sin, death, the devil, and guilt. You have been given a new identity in Christ, all out of God’s love for you. In Christ, you have freedom for living out life as God’s people, life with each other and life in the world around you. That’s what we celebrate today. That is the eternal gospel, the good news that changes broken lives and redeems a broken world. All of life is a gift – especially the freedom we have in Jesus. To God be the glory! 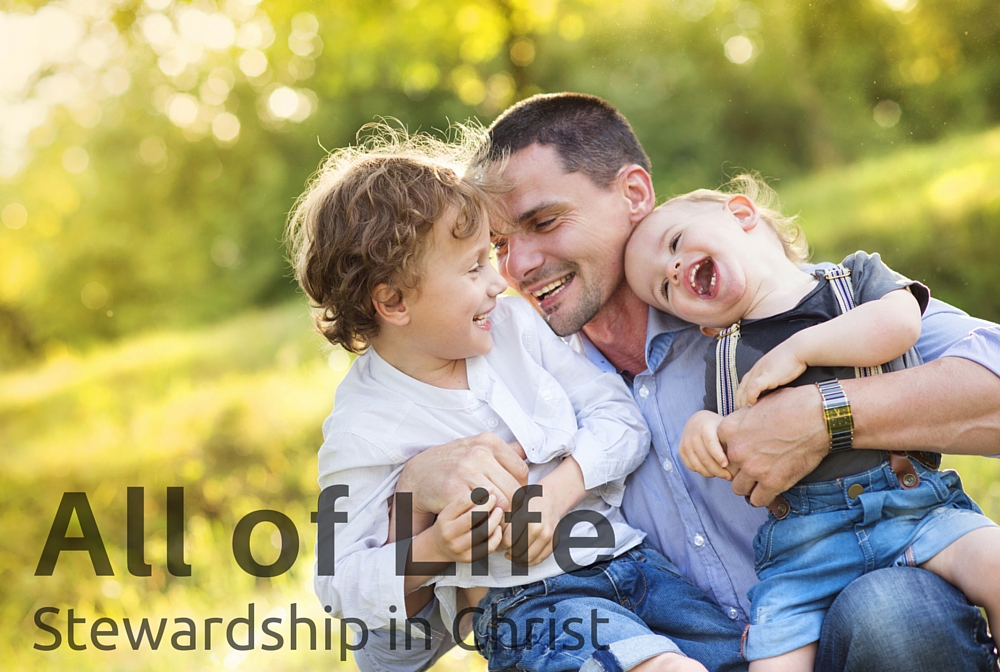 More in All of Life

Joining Jesus on His Mission