That’s happening right now. Each of us is coming from a different moment in life as God gathers us together. You’ve probably heard or will hear something in the service today that jumps out at you, whether in our readings, our hymns, or our liturgy. And, as I’ve learned from talking with people after services and reading our Confirmation students’ worship notes, chances are that you will be thinking that you heard different points in the sermon – even stuff that I never talk about!

However, there is announcement that each of us can hear as God gathers us together: the eternal gospel. In today’s reading from Revelation 14, John saw an angel proclaiming “the eternal gospel” from the highest point of the sky. That gospel is what has brought you and me here today. It’s the message of God’s victory over the brokenness of our world and our lives, the message proclaiming who Jesus is and what he has done to save us all. It’s the message that tells each and every soul that God would give you what you need, not what you deserve, out of His love for you. It’s the message that reshapes the world. But what if the world doesn’t want to change?

The world outside the walls of this sanctuary isn’t really all that much different than the one inside: they’re each filled with people who are continually tempted to think of themselves as a god – if not in title, at least in practice. That’s what sin does to us. You don’t have to listen for too long to hear that the world doesn’t want God to be God. Our hearts and minds rebel against such a God. If God is God, that means you’re not. I’m not. If God is God, when He calls us to follow Him, that means we need to follow Him instead of following our own desires, instead of managing our lives in whatever way we think best.

Putting in plainly, the world will only tolerate an inoffensive Jesus, one who conforms to our human expectations. The world – and the sin that’s in each and every human heart – prefers a private Jesus, one who won’t meddle in our affairs. And that’s how it was when Jesus first spoke the words recorded in today’s reading from Matthew 11.

Jesus doesn’t conform to the world’s expectations. When the religious leaders of his day expected to hear favorable news from a prophet at the palace or the temple, John the Baptizer came calling for repentance in the wilderness. They expected to see a Savior who was the epitome of their own outward standard of righteousness, but Jesus repeatedly spent time with the people they deemed unworthy and unrighteous. What’s more, Jesus calls you and me to follow him – publically! – with a life that conforms not to the world’s expectations, but to God’s. Let the one who has ears hear.

Jesus calls you to follow him with your whole life. If that depended on your own or my own efforts to manage our lives, we’d be hopeless. Half a millennia ago, Martin Luther had been gripped by the hopelessness of his situation before a righteous God and an uncompromising Savior. But as he studied God’s word in the Scriptures and wrestled with his understanding of what the Church was teaching, Luther came to see that the Bible shows us God’s love for His creation. God’s righteousness is what sent His uncompromising Son into the world – not to inoffensively conform to its expectations, but to live the life that our Creator expected of us.

Jesus’ work, not yours, makes you right with God. And that makes all the difference.
Luther’s explanation of the Second Article of the Creed, the part of that public confession of our faith that speaks to who Jesus is and what he has done for us and for our world, sums it up really well. Hear what it briefly says about the central part of the eternal gospel of God the Son’s work for you. Read it aloud:

What does this mean? I believe that Jesus Christ, true God, begotten of the Father from eternity, and also true man, born of the Virgin Mary, is my Lord, who has redeemed me, a lost and condemned person, purchased and won me from all sins, from death, and from the power of the devil; not with gold or silver, but with His holy, precious blood and with His innocent suffering and death, that I may be His own and live under Him in His kingdom and serve Him in everlasting righteousness, innocence, and blessedness, just as He is risen from the dead, lives and reigns to all eternity. This is most certainly true.

Four hundred and ninety-nine years later, our hope – and our faith – is still all about Jesus. God has graciously done everything so that you may be His own. Next year marks the 500th anniversary of Martin Luther’s posting of his 95 Theses and the start of the Reformation. Over the course of the next year, we’ll be lifting up several milestones in Luther’s life and work in preparation for that great anniversary. We Lutheran Christians celebrate the Reformation not because Luther alone “got it right,” but because of good news that we have been saved by grace, through faith alone, as scripture teaches, in Christ alone. The eternal gospel of God’s victory over the brokenness of the world is for you because of Jesus.

Jesus calls us to follow him through this world into the world to come. We don’t know when he’s coming back – although I did recently read a satirical headline that reported “Second Coming Of Christ Scheduled For Game 7 Of Cubs-Indians World Series.” (@TheBabylonBee) As we await that day, though, we still live in a world that will only tolerate an inoffensive Jesus. But that’s not Jesus. He doesn’t conform to the world’s expectations.

If you live as Jesus’ disciple, practicing that whole-life stewardship that strives to be conformed to God’s instruction and design, that’s going to cause some issues. Despite what the world would have you think, your faith isn’t simply a private matter that you need to keep hidden away. It shapes your public life, too. Hearing and following Jesus’ call to godly non-conformity is going to have an impact on your choices. It will direct your relationships and your work in directions that will seem odd to the world at large. But the Lord who has called you and given you faith which moves you to living in His Word will not leave you to go it alone. As Psalm 46 proclaims:
Be still, and know that I am God.
I will be exalted among the nations,
I will be exalted in the earth!”
The LORD of hosts is with us;
the God of Jacob is our fortress.
Or, as Luther put it in lyric verse: “A mighty fortress is our God.” Let the one who has ears hear!

The eternal gospel of Jesus’ victory reshapes us and reshapes our world. We hear God’s Word for our own sake and for the sake of our world. Listening, we live to share. Whole-life stewardship, managing all of those gifts that God has entrusted to our care, doesn’t look like what the world would expect. But we do it, privately and publicly, because Christ did it first, and he did it for us.

By God’s grace we have been saved through faith, and we get to carry the reality of life with God through Jesus as we join him on his mission and the sound of the eternal gospel echoes through creation. 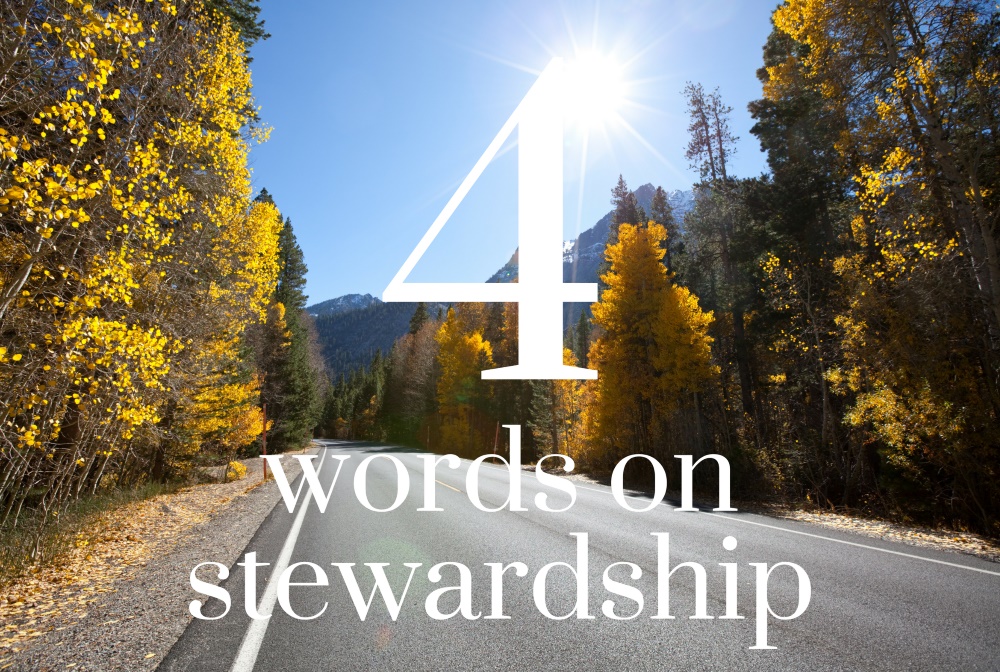