It’s been a long time since I’ve watched the sunrise. Given that we’re in the winter season now with the sun coming up a bit later, I suppose it should be easier to get out of the house to watch it happening. I miss it a little, even if it’s something that happens every day whether or not I’m looking for it. Some of the most memorable sunrises I’ve seen have happened when I’ve been outside my normal routine: vacationing out at the beach or at a place with some mountains.

I’ve discovered that the camp that St. John’s has used for our Confirmation and youth retreats for the past many years is an excellent spot to watch the sun come up. Sitting high atop Martin Luther Ridge – yes, that’s the actual name of the area – you get a great view of the surrounding region. You could just watch the sunrise on the eastern side of the camp, catching all those spectacular colors as the sun comes up over the horizon, but I prefer to watch it from the western side. Looking out into the valley in the time right before dawn, there might be some lights here and there from the houses down below, but you can’t see anything all that clearly. As the sun rises, though, the sky brightens and the detail on the panorama slowly increases. However, it’s not until the sunlight breaks over the ridge that the show really starts. Gazing out to the west, the line of shadow that covers the valley comes into stark contrast with the breaking day. As you watch, that line of shadow begins to recede to the east, as if the light is chasing it out of the valley. Once the sun is up, you can see the color in the trees and the barns down below, even picking out cows and horses out in the pastures. The sunrise makes all the difference.

Back in Isaiah’s time, the area of Galilee, Zebulun and Naphtali, was the first to come under attack from invaders coming from the north. They lived in the shadow of death. By God’s grace, Galilee would be the region that would first see the coming of God’s kingdom in Christ.

We could ask why anyone would want to live away from the light. Once you’ve seen it, everything else pales in comparison. You can get used to living in darkness, even if you weren’t designed to do so. You might not be able to see the world around you clearly, but you can still feel your way around in the dark. You might get some bumps and bruises along the way, maybe fall and hurt yourself now and again. That’s what we would have to do apart from Jesus.

Running away from the light is the very nature of sin. We are born in darkness. And without the light, in darkness we remain. That’s the state of our world. When we try to find our own way through life apart from God’s love in Christ, we’re diving into the shadow of death. Yet we do it in ways both great and small, time and again. It’s like closing your eyes in the dark and imagining the world the way you want it to be, even though you have no hope of seeing it as it really is.

C.S. Lewis, whose work Mere Christianity we’re discussing during the Sunday morning education hour, once presented a paper which described the role of faith in his understanding of the world, including this quote: “I believe in Christianity as I believe that the sun has risen: not only because I see it, but because by it I see everything else.” We can see what we see only because light is shining. The sunrise makes all the difference.

Throughout this Epiphany season, our Being SJLC 2017 focus is “It’s All About Jesus.” That’s a perfect fit for a season which each year reminds us that the light of Christ has dawned for all people. Jesus, the light of the world, is here to illuminate every part of our lives.

My great aunt used to have something known as a Crookes radiometer (or light mill) sitting inside the window at the front of her house. It fascinated me. It was a little glass bulb which house four diamond-shaped vanes on a spindle, enclosed in a partial vacuum. Each of the vanes was white on one side and black on the other. When exposed to sunlight, the vanes would spin as the dark side moved away from the light and the other side towards it. I didn’t understand thermal transpiration was as a seven-year-old, but the radiometer still looked pretty cool in action. All I knew was that the light made it work.

Today we again hear Jesus preach: “Repent, for the kingdom of heaven is at hand.” (Matt. 4:17) Turn around and live. You don’t have to stumble through life, trying to make your own way in the darkness, because the Son has brought light into the world. Jesus has come to bring light into your life – every part of it. Don’t run away from the dawn.

Follow the light. Follow Jesus in your home. Follow him with your family. See those people who God has put closest to you by the light that Jesus gives. Don’t judge them by your thoughts and feelings, but look at them as people who the Father sent His only Son to save. Spend time together with them in His Word and let it illuminate your lives.

Follow the light. Follow Jesus at work and in school. You’ll be tempted to make decisions by how you feel and by what seems right to your thinking. If you rely solely on your own thoughts and feelings, it’s just like stumbling around in the darkness. With Christ’s light leading your way, though, you’ll see even the difficult decisions more clearly.

Follow the light. Follow Jesus as a citizen of our nation. This week, we blessedly witnessed another peaceful transition of power from one administration to the next. Nevertheless, there’s still tension and discord and conflict in our country. As people who are called to follow Jesus, we Christians live under the authority of the government regardless of how we feel about those leaders. We are sent as agents of justice and peace, showing compassion in faithful living with our neighbor even – and especially – when we disagree.

Follow the light. Follow Jesus in caring for life, in all its forms. We live in the region and shadow of death. Jesus brought healing and life to those throughout that land of Galilee as he healed and drove out diseases and other afflictions. In this time, you and I as Christians are called to be the loving the hands of Christ for our neighbor and our world. See each human being as one for whom Jesus came to bring life and light. Each of us knows someone – or is someone – who has been touched by the shadow of death. Care for those who have the experienced the loss that comes through abortion, illnesses, and old age. Support the gift of life throughout creation, exercising stewardship in caring for the environment.

The Son has dawned. The light of Christ, our living Savior, is here among us. We have seen him and, in him, God’s love for all nations. Follow the light. Because the sunrise makes all the difference. 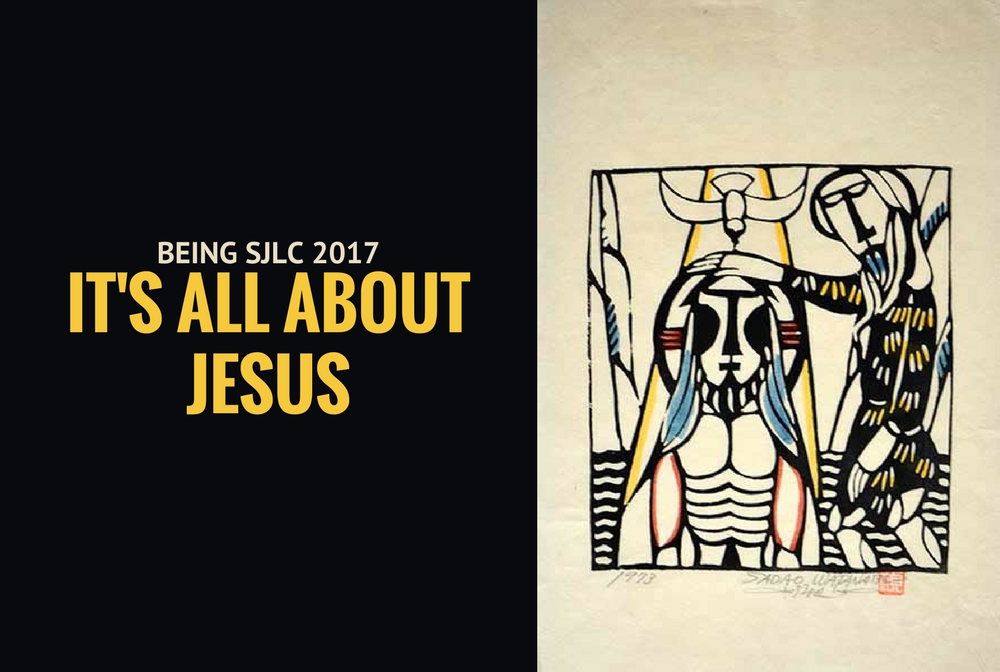