“At the Crossroads: Declaration”

Imagine that you’re sitting down with a friend of yours, just having a conversation. You talk about this, you talk about that, you talk about your plans for the weekend. You like talking with your friend. You do it a lot. But this time, something different happens. Almost out of nowhere, this conversation takes a more serious turn. This friend has been going through some tough times, and now they need to make a choice about what to do next. As they keep talking, though, it starts to become clear that they’re leaning pretty heavily in one direction, and it’s towards a choice that would move them farther away from God’s design for life. Still, you’re their friend, and they want to hear your perspective on the situation. Now, in your head, you’re thinking that if your answer reflects what God’s Word says about the situation, your friend won’t much like it. You don’t know what might happen. You might lose your friendship. You’re risking rejection by declaring that you follow Christ in life and that you trust him. Will you declare what your friend needs to hear, or will you remain silent? Even though you didn’t see it coming, you’re at a crossroads.

Simon Peter found himself at a crossroads early on that Friday morning after Jesus had been arrested in the garden. This couldn’t be how it was all supposed to happen. Several days earlier, the crowds had welcomed Jesus into Jerusalem in a manner befitting a victorious king. And now, Jesus, his Teacher – the one that Peter and the other disciples believed to be the Christ – had been taken away in the middle of the night, brought to the house of the high priest. It didn’t make sense. Peter tried to fight for Jesus, but that didn’t work out. So the disciple bravely followed his teacher… at a distance… under the cover of darkness, watching to see what would happen next. And that’s when Peter’s night went from bad to worse.

Peter sat with some people around a fire that they’d started there in the courtyard. They might have been waiting, like Peter, to see what would happen next with this unusual situation; maybe they were just waiting to receive further orders from the people who’d gathered inside. Either way, they began to take notice Peter. Sitting together at the fire, a household servant saw Peter’s face in the light and recognized him. His cover was blown. The brave disciple panicked. The hour of Jesus’ enemies is also the time when Jesus is denied.

At the crossroads of denial and declaration, Peter made his choice.

When it comes down to it, Peter acted out of fear. His denials make sense, if you think about it.  As we heard last weekend, only a short time earlier Peter had cut off a man’s ear! So it’s probably not the best idea to be sitting in the courtyard of his master’s house. Look at what Peter did next: he denied knowing Jesus, he denied any association his fellow disciples, and then he broadly denies having any kind of relationship or knowledge of the situation at hand. As the strangers around him keep speaking the truth, Peter lays lie on top of lie. And they’re not even believable lies! People from up north in Galilee had a recognizable speech. It’s as if someone with a thick Boston accent came to D.C. and tried to pass himself off as a local. And who from Galilee wouldn’t know Jesus, the most famous person to come from their area? Peter was afraid. Was he really hurting anybody? Besides, would Jesus ever even know?

Even as the words of Peter’s emphatic denial echoed off the courtyards walls, a rooster crowed. And, knowing everything that had been happening, Jesus turned to look intently at his disciple, bridging the distance between them. That’s when it hit Peter, when he realized what he’d just done. Jesus had even told him it was going to happen while they were still at supper on Thursday evening. Peter didn’t understand or believe Jesus’ words at the time, but it was that same Word that called the denying disciple to repentance right there in the high priest’s courtyard. Caught in a wave of remorse for what he’d done, Peter wept bitterly. He’d made the wrong choice in that courtyard, and it crushed him.

At the crossroads between denial and declaration, how often have you and I followed Peter’s path? Let’s just call it out: we’ve been afraid. Declaring Jesus as the Christ, the Son of God and our Savior, runs the risk of suffering, rejection, and loss. And we don’t want that. Isn’t it better to keep quiet instead of saying something that would set you apart, make you look foolish, or risk a relationship? We’ve been sent as witnesses into the world, but we often remain silent. We don’t say what we should when we should. Between our reluctance to speak the truth in love and our willful blindness to the brokenness of the world around us, we haven’t been what God has called us to be. Like Peter, we’ve denied our identity – worse, we’ve denied Jesus.

Jesus didn’t leave his denying disciple despairing; that’s the best part of this story. Days later, after Jesus’ death and resurrection, he went to Peter and the other disciples on a beach. Jesus called Peter back, even though Peter, “the rock,” had turned his back on him. Three times Jesus asked Peter, “Do you love me?”, matching Peter’s denials, and then sent the disciple to feed his lambs and sheep. (John 21:15-17) Jesus restored Peter, giving him the strength to go on and declare God’s love in Christ to the world. Jesus calls you back, too.

God declared His love for you by sending His Son to live, die, and rise for you. As Peter would go on to write to his fellow Christians, “[Y]ou are a chosen race, a royal priesthood, a holy nation, a people for his own possession, that you may proclaim the excellencies of him who called you out of darkness into his marvelous light.” (1 Peter 2:9) Jesus came into the world so that you may be his own. You don’t have to hide in the cover of darkness, denying Jesus and denying your identity as a child of God in Christ. Declare it.

One of the hymns we’ll sing this weekend calls us Christians to “stand up, stand up for Jesus.” It’s a call to declare Jesus as Messiah in your words and your actions. Make no mistake: this is not about being “preachy” or telling other people to do this or do that as if you’re better than they are. No, standing up for Jesus means following him through the crossroads of denial and declaration, remembering that the gospel is “the power of God for salvation to everyone who believes.” (Romans 1:16) Even in the face of fear or the risk of rejection, the gospel is there for you and for all the people who need to hear it. Standing up for Jesus is about living a live that follows him, listening to and – when called to do so – sharing God’s instruction to counsel your neighbor.

Think back to that conversation you were having with your friend, the one who might be leaning towards a choice that would move them farther away from God’s design for life. You are there, at a crossroads. Jesus is there, too, for you are a member of the body of Christ. Take a stand and speak the truth in love. Say what needs to be said for your friend in their time of need. It might be scary. But as Simon Peter experienced, nothing can move anyone outside the reach of God’s love. In that moment, He reaches them through you.

Don’t be silent. Stand up for Jesus and declare God’s love in Christ. He’s calling the world back into His open arms. 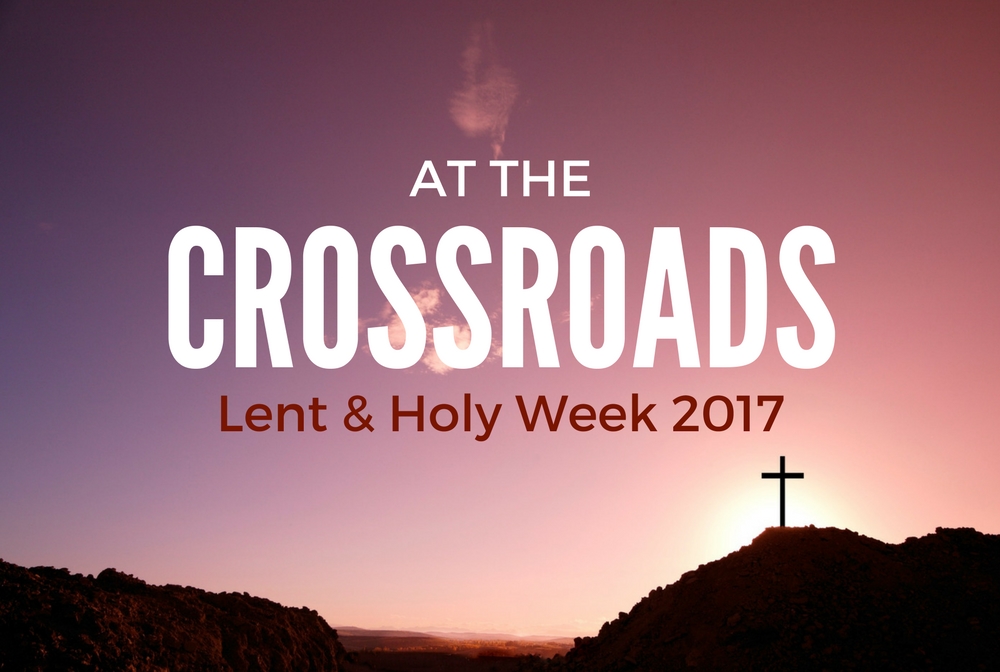 At the Crossroads: Life

At the Crossroads: Death