The prostitute gazed pensively at the Pharisee across the market square.  His life seemed so much better than hers.  People looked at him with respect, something that she rarely if ever had known.  She wondered what that must be like.  She guessed that he didn’t know her name, unlike the Roman soldiers and some of her other regular clients.  Even so, she was fairly certain of how he’d look at her if he ever happened to glance her way.  She could imagine the distain she’d see in his eyes as he moved right past her, going on to more important people and places.  This Pharisee wasn’t as showy as some of the others that she’d seen, with their long robes and longer prayers offered in public.  But he was still a Pharisee, and she was still a prostitute.  People could see that he had it all together – and that she didn’t.

Back then, the Pharisees (like the chief priests and elders of the people that we hear of in today’s Gospel account) were examples of what religious life should look like.  If you wanted to be God’s people, they held, you needed to diligently observe the law codes of righteousness that the Hebrew nation had inherited back from the days of Moses.  After the remnant returned from the exile in Babylon, the Jewish faith grew around the keeping of the law codes and pointed to them as their hope for the future.  The Pharisees were shining examples of keeping righteousness.  They weren’t like the common people.  They had it all together when it came to religion and relationship to God.  Or so they thought.

Like the Pharisees, the chief priests and the other Jewish leaders had missed the point of God’s design for life, especially what it meant to be His people.  Righteousness in God’s sight isn’t a matter of keeping a highly detailed set of rules or maintaining an outwardly perfect appearance for the world around you.  As Jesus lays it out, it’s the people who acknowledge that they don’t have it all together that are coming first into the kingdom of God.

Jesus tells the religious leaders a parable about two sons.  They’re each supposed to go and work in the vineyard.  The first son, the outwardly defiant one, says he won’t, but later, he goes as asked.  The second son, the outwardly dutiful one, says he will, but doesn’t.  The religious leaders knew right away that the first son was the one following his father’s will because his actions gave the proof.  And that’s the problem.  Jesus calls them out, saying they are like the second son.  The religious leaders of Israel have been outwardly dutiful towards their Father in heaven, yet they fail to live out their identity as God’s people.  They’ve made a show of religious practice but have neglected to practice mercy, justice, and kindness – even with their own people.  They appeared to have it all together on the outside while falling apart inside.  Even worse, they held up that outward dutifulness as an example for the people to follow.  They had not been faithful stewards of the leadership with which God had entrusted them.

The first son in Jesus’ parable wasn’t outwardly dutiful.  He rejected his father’s will.  But then something happened.  Something from outside caused him to change his mind.  In the original Greek, the word that Matthew uses here translates to “remorse” or “repentance.”  He came to understand that he had done the wrong thing.  He was sorry for it.  And he went and did what his father had asked of him.  His heart and mind were changed, then he was gone.

What about you?  Are you like the second son, saying one thing but doing – or failing to do – something else?  Consider for a moment how you act outside of God’s house, even on your way home from this place.  Think about how you treat other drivers on the road, or the random person in the supermarket, or the unpopular kid at school.  Does your life reflect the confession of faith that you make as a follower of Jesus, or are you just speaking the words without following up on them?

You might be sharing your life like a carefully curated social media feed, feeling like you must put up a show that everything’s outwardly perfect – even here in the community of the church.  But you don’t have to pretend that you have it all together.  Because guess what: God knows you don’t.  None of us do.  Acting like you have it all together is the world’s game.  That’s not the righteousness that God wants for His people.

The prostitute turned her attention towards another man who had come into the square, a rabbi her friends had met recently – one who seemed very different from the Pharisees and other religious leaders she’d seen.  Some people said this Jesus of Nazareth was the deliverer that God had promised to send, but her friends said that he was really down-to-earth.  He talked about the kingdom of God in a way they’d never heard before.  He’d taught them that being righteous wasn’t about putting on a big show of having it all together in life.  Instead of trying to impress people, she learned that you can instead acknowledge that you don’t, in fact, have it all together.  She heard the call to repent, turn from self-centered living, and receive the forgiveness that God is ready and willing to give… along with the changed life that He makes possible.  Jesus didn’t look at her with distain.  He didn’t move past her on his way to more important people; he welcomed her and a whole bunch of other people who didn’t have it all together, prostitutes and tax collectors included.  It wasn’t going to be easy; she’d have to leave her trade behind.  But for some reason, she knew that Jesus spoke the truth.  So she went, a part of the kingdom of God.

Following Jesus doesn’t make you perfect.  The Holy Spirit calls people to repentance, to acknowledge that they don’t have it all together.  The Spirit points us to Jesus, for whose sake God declares you forgiven and righteous.  You are changed.

Turn away from sin, turn from outward perfection that’s an empty shell.  Follow Jesus, who gives you new life.  God has gathered us around Jesus as people who don’t have it all together.  We’re not meant to be saying and doing different things, but living out the new life that we have through Jesus.

Pharisaical stewardship is a bad thing.  God has entrusted you with particular skills and abilities, with wealth, with time, and with life.  Instead of putting those to use in an outward show of righteousness for the world, look to how you might use what you’ve been given as a worker in the kingdom of God.

In the month ahead of us, celebrating the freedom that we have in the gospel as we mark the 500th anniversary of the Reformation, we’re engaging in a congregation-wide look at what it means to be consecrated stewards, people set apart to put God’s many blessings to use in life.  Like the first son in Jesus’ parable to the religious leaders, God’s people have been called to repentance, redeemed in heart and mind by God’s grace in Christ.  You have been changed.  And like that first son, you’re not meant to sit around.  Go in living response to the good news that you don’t have to have it all together, that you have a Savior who is fully righteous before God – inwardly and outwardly – on your behalf.  Live out your identity by joining Jesus in his mission in each new day, even as you leave God’s house today.

Don’t take this is wrong way, but after the service today, get gone!  You don’t have it all together, but you have been forgiven.  You have been given new life in Jesus’ cross and empty tomb.  Go and live as part of the kingdom of God. 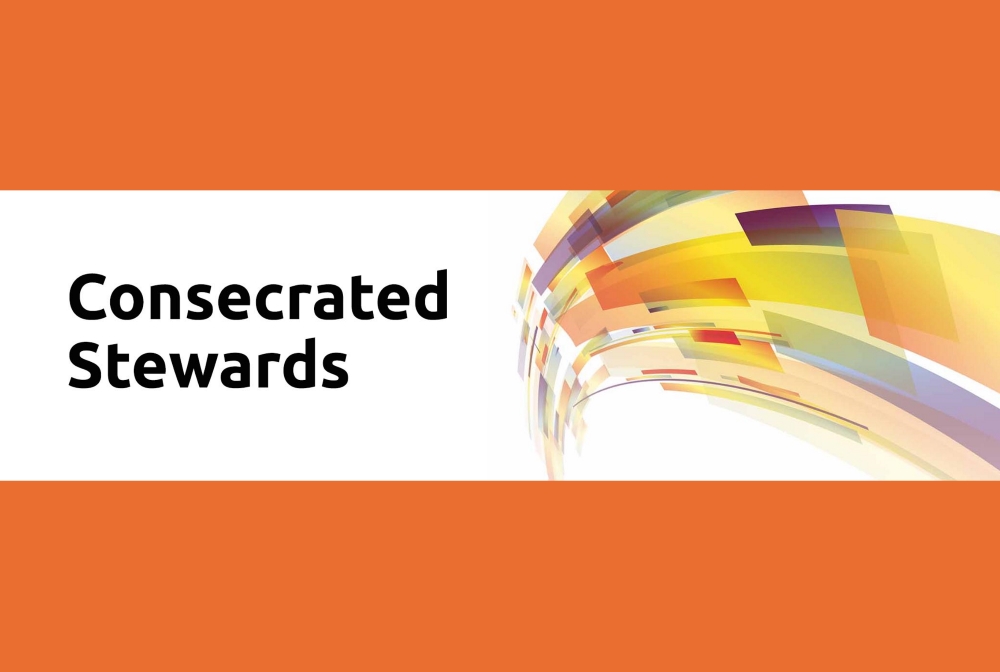 Come to the Feast