“Waiting for the Kingdom: Living Responsibly”

Here’s another thought on the subject, a quote that’s been attributed to Martin Luther: “If I knew the world was to end tomorrow, I would still plant an apple tree today.”  And while I think that is a pretty good quote, it’s uncertain if Luther actually said it; it’s not yet been found in any of his writings.  Researchers think that it rose up from the German Confessing Church in the early twentieth century to inspire hope and perseverance in opposition to the Nazi dictatorship.  But even if Luther never did say it, the sentiment behind it still rings true.

In these last weeks of the church calendar, let’s spend a little of the time that we’ve got to consider how we should be looking ahead to the end of the world as we know it and Jesus’ return.  What does waiting for the Kingdom of God look like for people who follow Christ?  If you listen to Jesus’ parable today from Matthew 25, which follows the parable of the wise and foolish bridesmaids that we heard last week, our Lord calls his people to wait for his return by living responsibly.

This isn’t the first time that we’ve come to the end of the church calendar, though.  Our liturgical year runs from the First Sunday of Advent (usually starting in late November or early December) through the last Sunday of the church calendar, Christ the King.  Just like last year, and the year before that… all the way back to the time – well before the Reformation – when it first came into use.  Here at St. John’s, we’re getting our plans into place for Advent and Christmas and Epiphany and all the additional services that come along with those seasons.  But why should we, if Jesus might return in victory at any moment?

How would you spend your day if you knew that Jesus was coming back tomorrow… or next week… or next year?  On one hand, that’s an invalid question, since no one can know the day of our Lord’s return.  But on the other, that’s just the question that our would-be Luther quote would have us consider.  Because a lot of people would probably say that they’d look to do some exceptional things with the time they’d have left – live life to the fullest.  And there’d likely be some patching-up of broken and hurting relationships that’d be going on in that time, too.  Why sit around and do nothing if you’re running out of time?

Guess what!  You’re running out of time.

Re-read Psalm 90.  Keep going back to it.  Memorize it.  It’s a valuable reminder that you and I are indeed running out of time, that we need to make the most of what we’ve got.  Let the psalmist’s prayer to God become your own: “So teach us to number our days that we may get a heart of wisdom.”  While we wait and watch for our master’s return, Christians need the wisdom that our Lord gives to stay awake against the lullaby of complacency.  Waiting for the coming of the kingdom of God with a complacent attitude will warp your views.  Your stewardship of time, of wealth, of relationships, they’ll all suffer if you believe the lie that you’ve got all the time in the world.

Jesus’ parable of the faithful and unfaithful servants is a warning against complacency while waiting for his return.  In our reading from the prophet Zephaniah (1:7-16), God warned His people against thinking that He wasn’t going to do anything in response to the way they’d been living – or rather, the way they’d been failing to live.  Like the servant who thought that he could simply return the wealth that his master had entrusted to him without putting it to work, complacency gets us thinking that things are fine just the way that they are.  As long as you’re not losing or misusing what the master has entrusted to you, what’s the problem?  He’ll have what’s his whenever he gets around to coming back.

Jesus is the master in the parable.  You and I are his servants.  Yes, he has gone away – for what seems to us to be a long time – but that doesn’t mean he isn’t coming back.  And it doesn’t mean that he doesn’t care about what you and I are doing in this time in between.  Instead of being the inactive deity that the apathetic people of Zephaniah’s time imagined, God is constantly active in His creation; He wants His people to be agents of His grace.

Complacency is a dangerous thing for us Christians.  Even though you might recognize that Jesus is the Son of God and the Savior from sin and death, if you let complacency keep you from living responsibly, you’re failing to recognize just who he is as the Lord of all.  Responsible living is making productive use of the gifts that God has entrusted to you, doing good to others in Jesus’ name.

We recently spent a month as a congregation considering what it meant to be Consecrated Stewards.  In the context of Jesus’ parable, we are the servants of our Lord, set apart to use what we’ve been given in a way that reflects how our master would have us use them.  Each one of us is entrusted with gifts that God would have us use to serve our neighbors.

That service is going to look different in each life and in each season of life.  Some of you have been entrusted with freedom of time to do what you will when you will.  How can you put that time to productive use by doing good to your neighbor in Jesus’ name?  Or if you’ve got children at home, how are you using the gifts you’ve been given to do good to them in Jesus’ name?  If you’ve been entrusted with great wealth, who are the people that God is putting before you to serve as His ambassador of grace?  If you’ve got strong arms or a keen mind, how can you put those to productive use to show God’s love for someone who could use what you’ve got?  As in Jesus’ parable, faithful servants use their master’s wealth to make a good return on his investment.

Making productive use of the gifts that God has entrusted to you by doing good to others in Jesus’ name, living responsibly, isn’t some epic quest.  It’s living day to day as people who are awake and expectantly watching for our master’s return, as Paul encourages us to do in 1 Thessalonians 5.  You don’t have to fear the day the Lord comes back to be with his people forever, as the unproductive servant did.  You can look ahead to that day with the hope of salvation that is yours in Christ.  God gives the wealth of his grace to you through Jesus.  He has broken the power of sin; he wakes you from complacency so that you won’t wind up like the unfaithful servant.  Jesus has won your forgiveness in order that you might enter into the joy of your master.  Our Lord wants you to know His joy!

Even if Luther never offered the saying about planting an apple tree the day before the world ends, he – or you, or I – could still plant that tree, going about his work in Jesus’ name as a steward of his gifts.  No matter how much time we might have left, you and I get to respond to our master’s generosity by living responsibly, using his wealth to do good to others.  And when our time on this earth ends, we can look forward to entering into the joy of our master.

It’s the end of the world as we know it, and I feel fine. 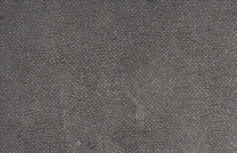 More in Waiting for the Kingdom

Waiting for the Kingdom: Living Expectantly