That seems an especially appropriate greeting for today’s message because it is based for the most part on St. John’s Gospel and focuses on those called “the church.”  It immediately becomes apparent that the term “church” does not refer to a building as we sometimes think of it; but rather it refers to people – uniquely peculiar and different people in that they possess a special qualification.  They are people who have been called by the Spirit of God.  Not only have they been called, they have been called from something rather vulgar and disgusting to something especially delightful and challenging.  Jesus described it this way elsewhere: “You are in the world but not of the world for I have called you out of the world.”

As we enter the scenes and themes of the wonderful Epiphany season, it’s an opportune time to review our life of faith and reframe a plan for the future of what it means to be SJLC – St. John’s Lutheran Church -- in 2018 and beyond.   With the aid of today’s appointed Scripture lessons, we go all the way back to the beginning to when Jesus called his first disciples and to where we were called and what the implication of that call was and might be for our lives.  We do so under the theme “Called to Follow.”

Today’s Gospel account follows hard on the heels of the event about which we heard last week regarding the Baptism of Jesus by John the Baptist in the Jordan River as reported by Mark.  Remember the amazing sequence of Jesus coming out of the river when the heavens are ripped opened and the Spirit of God comes down in the form of a dove and lands on Jesus, while at the same time there comes a booming voice from heaven: “This is my Son and he just tickles every fiber of my being.”

Now we turn from the New Testament’s channel 2 where Mark is reporting to channel 4 where John is doing the commentary on what followed.  A roving band of reporters from the Pharisee’s blog question John the Baptist about who he is and what he’s doing and what all that all might mean in terms of prophetic fulfillment.

Of course, like so many reporters today, they hadn’t done their homework and fail to see the big picture.  Had they researched the situation, they would have discovered that John conducted his baptismal ministry in three different locations, none of which were selected randomly.  Specifically, these were the very three locations the prophet Elijah had performed his ministry.  The prophet Malachi professed that the coming of God’s anointed one – the Christ – would be immediately preceded by the reappearance of Elijah.  Though John does not feel worthy to accept that title, Jesus would later declare about John that he was the Elijah who was to come.

When John the Baptist witnessed the voice from heaven and saw the Spirit descent upon Jesus, he knew that his role as forerunner was pretty much fulfilled.  So he immediately urged his followers and anyone else who would hear his call to follow Jesus instead.  To do that he uses a unique figure that is never used again in the Gospels.  “Look,” he said, “Here is the lamb of God.”  Now if you were a Jewish person hearing that phrase, you would immediately associate it with that sacrificial lamb whose blood was painted over their doorpost at Passover time to prevent death from entering and to spare them to follow and live out the will of God in the future.

What an intuitive and predictive phrase to use!  In three little words John exposes the nature and real purpose of the messianic ministry – namely, to shed his holy and precious blood so that those who are now called to follow him might paint that precious repellant on our foreheads, drive off the angel of eternal death, and spare us to follow his call, and delight in his will and walk in his ways to the glory of his holy name.

Called to follow!  John’s posted “Lamb of God” sign sends a couple of his followers to investigate this guy from Galilee and soon Andrew is convinced.  So he invites his brother Simon, later named Peter and another friend named Philip who invites another friends named Nathaniel in sort of a domino effect. That’s basically how it works.

That call may come in so many different ways and situations.  Not all of us will hear God’s voice in the night like young Samuel in today’s first lesson.  Others will hear the Spirits call initiated at Holy Baptism and again from god-fearing parents who raise them to answer that call themselves.  Still there are others who are either physically deaf like myself or spiritually deaf and have to see the call of God in the way we live our lives and the witness we provide in whatever form of communication that takes.

I’m reminded of that famous quote by Mother Teresa. “Let no one ever come to you without leaving better and happier.  Be the living expression of God’s kindness, kindness in your face, kindness in your eyes, kindness in your smiles.”  Our Epistle lesson today reminds us that the true follower is not one who learns from their master; it is one who becomes like their master.  The people in the Corinthian congregation were doing a very poor job of that.  As we consider our role in being SJLC today and tomorrow, let’s make certain that we present the kind of visual image that is persistently calling and kindly inviting and which focuses constantly on the one who is calling.

Back on channel 4 of today’s commentary, the author, John, presents the call of Nathaniel (also known as Bartholomew) whom Jesus describes as an Israelite in whom that is no guile – no deceit.  No doubt this is a reference to the first Israelite – Jacob who became Israel.  He deceitfully tricked his father, Isaac, into giving him the birth rite.  He tricked his uncle Laban in return for the tricks Laban played on him.  And yet we are told that in a dream at Bethel, Jacob saw the angels of God ascending and descending.

Jesus describes Nathaniel, as a true Israelite in whom there is no guile.  Those who hear and answer the Spirit’s call to follow will hear and see even greater things.  Eventually, their reward will be to see the heavens opening and the angels of God ascending and descending on the Son of Man.  Devote Jews believed that the angels of God were ascending and descending on their holy temple.  May those now invisible angels continue to descend on this house of God called SJLC until we reach our destination, cross his welcome mat, and realize the trip was worth it.  Amen 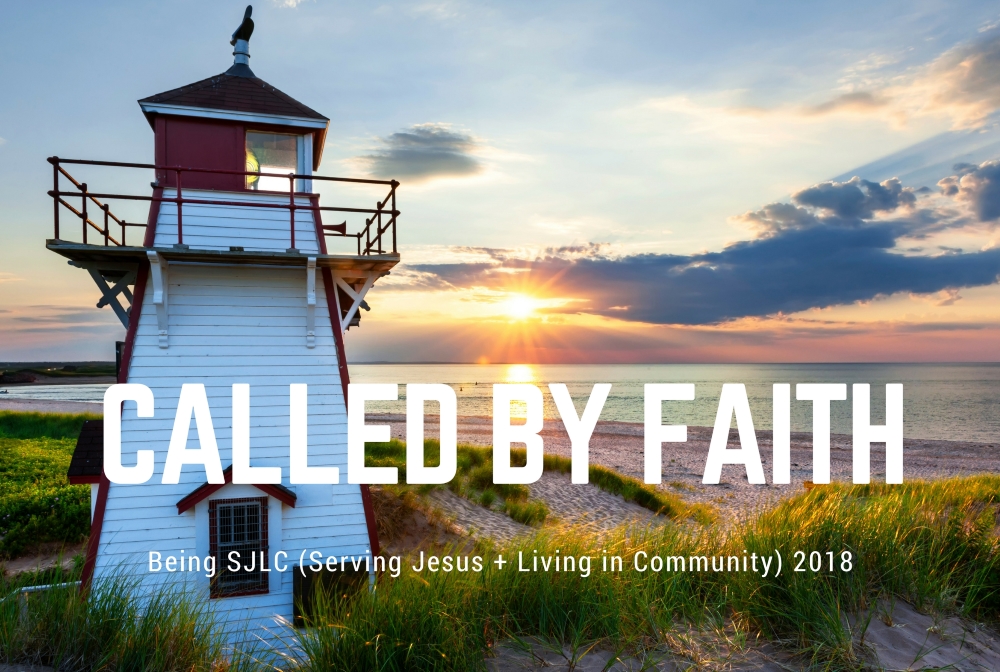