“Who Is Jesus?  Son of Promise”

Do you remember the last time you made a promise?  Was it for something big?  Something little?  Did you make it to yourself, or someone close to you?  Promises look to what’s to come – usually, that which you want to have happen in the future.  When you make a promise, you’re giving someone your word that you’ll do what you can to see that promise through.  You’re making a commitment.  Even if that promise is for something seemingly small and insignificant in the eyes of the world, it’s still important for those parties that the promise joins.

In the Bible, the prophets were the speakers of God’s promise.  Many times, these men and women spoke words of hope and assurance, pointing the people to God’s everlasting love and faithfulness.  But more often and not, God spoke through the prophets to call His people to repentance, to turn away from self-centered living and back to Him.  In those times, the prophets declared God’s promise of what was to come should the people continue in their unrepentant path.

You’ve heard a couple of prophets today.  Malachi, whose name means “my messenger,” is the final prophet in the Old Testament.  He’s delivering a wake-up call to the nation that has returned from their exile, calling them to living faith over and against dead ritual.  John, whose ministry takes center stage in Luke’s Gospel account today, is the next prophet recorded in Scripture after Malachi.  After a silence of over 450 years, God is again speaking to His people, publicly proclaiming His word through a prophet: “the word of God came to John the son of Zechariah in the wilderness.”  John himself is a promise from God.  Hear his father Zechariah’s words on the day he named his son: “And you, child, will be called the prophet of the Most High; for you will go before the Lord to prepare his ways, to give knowledge of salvation to his people in the forgiveness of their sins” (Luke 1:76-77).  Really, John is the final prophet of the Old Testament era, pointing ahead to the “good news” of Jesus (3:18), the ultimate sign of God’s everlasting love and faithfulness.

The Lord himself is coming to bring salvation and rescue for his people.  He is the royal messenger, the voice that is calling out for the people to prepare the way of the Lord.  A new era is dawning.

Through John, God again issues the call for all people to repent.  To turn.  To make ready for the coming of the King.  Overturn the wilderness!  Level the royal road, high and low, because the time has come!  Let there no stumbling block of sin remain in your life.  John offered his hearers a baptism of repentance for the forgiveness of sins.  It was a new start, a clean slate.  But we’re here two thousand years later as Christians, people who have been baptized into Christ’s own baptism, his life, his death, and his resurrection.  He took our place, faithfully doing all things well for you and me.  A new era has dawned!

This weekend marks the second Sunday of Advent.  We’ve lit the second candle on the Advent wreath, the candle of peace.  In the Old Testament, the Hebrew word for peace is “shalom.”  It’s a word that means more than “absence of conflict.”  Shalom is about wholeness, completeness; things are the way they are meant to be.  I need shalom.  What about you?  Have people kept all the promises that they have made to you?  Have you kept all yours?  Yes, we need shalom.  And we have it.

We can light the candle of peace today because God keeps His promises.  Jesus is the Son of Promise.  Look all the way back in Genesis 3:15 and hear God’s word of judgment against the serpent in Eden: “I will put enmity between you and the woman, and between your offspring and her offspring; he shall bruise your head, and you shall bruise his heel.”  There, God spoke His promise to send a Savior into the world that had fallen into sin and incompleteness – a world that needed shalom.  This promise of peace, this act of commitment by God for Adam and Eve and all their descendants, would be kept in Christ.  For Jesus’ sake, your sins and brokenness are freely remitted.  As St. Paul writes in Romans 5:1, “Therefore, since we have been justified by faith, we have peace with God through our Lord Jesus Christ.”  Justified by His gift of faith, you have peace with God.  That’s His promise to you today.

“What then shall we do?”  Luke records that three groups of people respond to John’s call to repent, asking what that repentance would look like in their lives; John replied with some clear instructions.  They’re still good instructions for us today, though we might not be tax collectors or soldiers.  Generally speaking, repentance for Christians means having sorrow over your sin and trust in the promise of God in Christ.  Turn away from that which is calling you away from God.  Live in humble and loving service to others in the vocations that God has given to you.  As Christians, you and I are called to live life in the promise of peace with God through Christ.

“What then shall we do?”  In this season of Advent, this time of repentance and preparation, how will you who live in Jesus, the Son of Promise, respond to the prophets’ call to repent?  The fruits of repentance are still very much a part of the Christian life.  For parents: be patient with your children and model God’s love for them.  For children: honor your parents and give them the respect due as God’s ambassadors.  For students: be honest in your studies and kind to your classmates.  For employees: be hardworking and above-board in your dealings with your clients and supervisors.  Summing it up, be merciful as your Father in heaven is merciful.  As Paul wrote in Philippians 1(:10-11), “… be pure and blameless for the day of Christ, filled with the fruit of righteousness that comes through Jesus Christ, to the glory and praise of God.”

The promise of peace with God is yours in Christ Jesus, the Son of Promise.  So repent.  Make ready.  And go in peace! 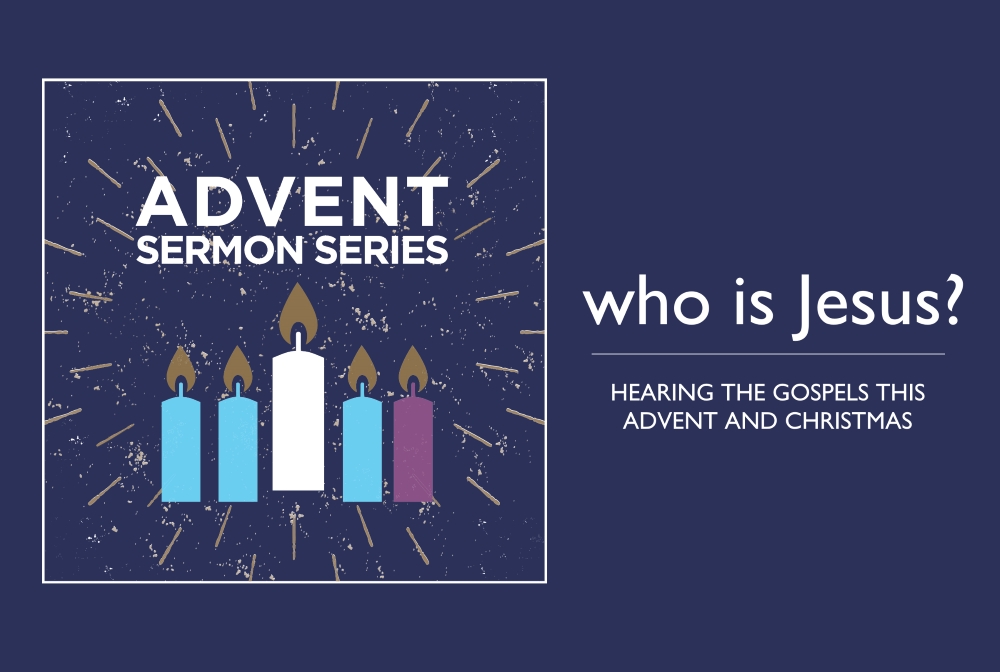 Son of the Father