“Nailed It!” has become one of my favorite television series.  Here’s how Netflix describes their show: “Home bakers with a terrible track record take a crack at re-creating edible masterpieces for a $10,000 prize. It's part reality contest, part hot mess.”  That’s a fair summary.  Amateur bakers are given models of professional-made cookies, cakes, and the like, with only a very limited time to replicate these creations.  And since some of these bakers aren’t really given to, say, following recipes, the results of their labors rarely resemble their intended goal.  That said, I’ve learned a whole lot about what not to do when baking!

Last week as we started our Lenten midweek services, you heard that we’re walking through the Epistle reading for Palm Sunday / Sunday of the Passion.  It’s from Paul’s letter to the church in Philippi, a letter of encouragement in living out our faith in Christ.  From what we know, this was a pretty healthy congregation.  It wasn’t perfect – no congregation this side of heaven will be – but we see no mention of them experiencing the kind of issues which some of the other early sites of the Church were having.  But the Philippian Christians aren’t meant to be resting on their laurels.  Paul urges these Christians on toward ever more faithful living, pointing them to examples of people who are living out their faith in Christ.  And the perfect example, the one above all others?  Jesus himself.

The portion of Philippians that we’re reading together in these midweek services is pretty much the centerpiece of Paul’s message.  It legitimately sings the praise of Jesus, God the Son, who came down into His creation to rescue us from everything which has and would separate us from our Creator.  And be delivering on the perfect life that you and I haven’t, Jesus showed us the perfect model for living out life.

“And being found in human form, he humbled himself by becoming obedient to the point of death, even death on a cross.”  I sometimes have difficulty in being obedient.  That’s a condition we probably all have in common.  Why obey someone else when what you want to do, or even how you want to do it,  could be so much more fun?  Especially when it comes to God’s design for life – that seems to be focused on caring for others, outside yourself.  I wonder if God feels at all like I do when I ask my little kids to get ready in the morning, only to see them distracted and doing something else about ten seconds later.  How could I possibly be obedient like Jesus was obedient?

Christ is the one who set aside everything for you and me, all out of love.  It was love, caring for others outside of yourself, that powered his perfect obedience to his Father’s great rescue plan for His creation.  The Son became human, a descendant of Adam and Eve, to take their place.  He obeyed God’s design for human life, fulfilling all its requirements.  He subjected himself to suffering and rejection at the hands of the world he had made.  To what end?

Jesus’ obedience led him into death.  Death is part of the ultimate price for humanity’s self-centeredness.  You weren’t designed to die.  No one was.  Human beings are meant to be body and soul, united.  Death breaks that bond.  It splits body and soul in twain.  But that’s not the end of it.  Jesus didn’t obey His Father’s plan to rescue us by experiencing death.  He went to death on a cross.

The cross that stands as a symbol of faith in Christ was – and probably still is – one of the worst, most shameful methods of execution created in our broken world.  The Romans used it to utterly humiliate the crucified, combining (literally) excruciating pain with the indignity of being lifted up for all the world to see.  For the Romans, crucifixion served as a warning to others entering a city: “Avoid the crimes these people committed, lest you share their fate!”  For the Jews, to be hung on a tree like a cross was a sign that someone was cut off from God.  And that’s exactly why Jesus was obedient even to death on a cross.

Christ went to death on a cross to be cut off from His Father, for you.  That’s the crux of God’s rescue plan: the Son is cut off so that you don’t have to be.  He took on the ultimate humiliation, as he knew that it would absolutely destroy you and me.  He experienced the fullness of hell on the cross, cut off from His Father and our Father, in our place.  Because Jesus obediently fulfilled all the requirements of the Law, he was the one person in history who didn’t deserve separation from God.  That’s why Jesus’ death destroyed the power death had over humanity.

Jesus’ obedience is about love, caring for others more than himself.  It’s about you.

So this Lent, let’s consider what faithful obedience looks like for Jesus’ disciples today.  It looks like Jesus.  But just so that you don’t think your life as a disciple is an episode of “Nailed It!”, where you’re being given an impossible example to follow, here’s the good news: Jesus isn’t merely the perfect model for living out life; he’s the one who makes life in faith possible.

You can indeed live in obedience to God’s design, caring for others outside yourself, because Jesus has already done it for you.  When you have the opportunity to show someone Jesus’ selfless love, act on it.  Follow the urging of St. Paul in this letter to the Philippian Christians, knowing that you have received far more than you could ever give.  Jesus’ obedience has released you from self-centeredness.  He freely gave his life so that you might freely give in love.  Our obedience comes from him. 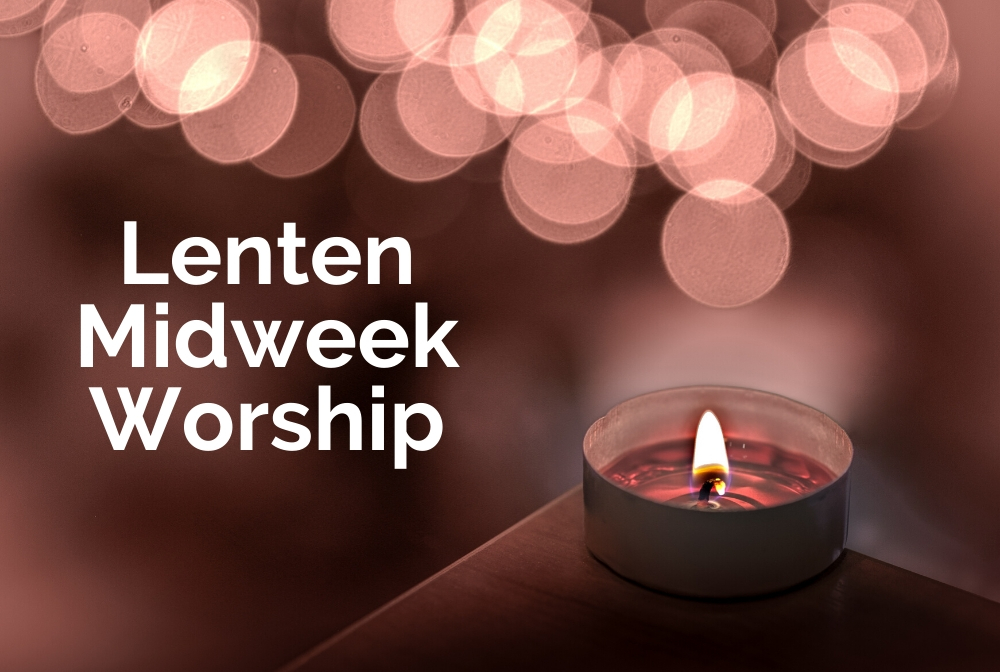 More in Lenten Midweek 2020: The Hymn of Christ

Let the Same Mind Be Among You

Every Tongue Shall Confess Jesus

At the Name of Jesus Every Knee Shall Bow