The Fifteenth Sunday after Pentecost

Forgiveness is what’s before us in today’s Old Testament (Genesis 50:15-21) and Gospel (Matthew 18:21-35) lessons. At the start of a new year of learning and growth in the Christian faith, this is a timely subject because it is so central to our Christian faith. Whenever we pray the Lord’s Prayer, as we will do in this service today, when we get to the Fifth Petition we pray: “And forgive us our trespasses as we forgive those who trespass against us.” Within the Christian Church, there are different versions of how this particular petition is prayed. Some churches, like our own, use the word “trespass,” which means going where we don’t belong. We have intruded beyond the limits of what has been set for us. Think “No Trespassing” signs that are posted on private property. To enter that property without the property owner’s permission means that you’re breaking the law. Other churches use the word “debts,” and we all know what that means; it requires no explanation. To be debt-free in this world – well, that’s the dream, isn’t it? So which is correct in the Lord’s Prayer: is it trespasses or debts? And the answer is yes. The trespasses we have committed by going where we should not, the debt we owe because of our sin – all has been fully and freely forgiven, paid through the cleansing blood of Jesus. This must move us to forgive others as we ourselves have been forgiven. Based on the Gospel lesson, the message for today is entitled “Freedom in Forgiveness.” May the Lord’s rich and abundant blessing rest upon the preaching, the hearing, and the living of his Word for Jesus’ sake.

First, we’ll look at today’s Old Testament lesson. The background of today’s Old Testament lesson is Joseph had been reunited with his brothers after many years. They had sold him into slavery and then covered their tracks by lying to their father, Jacob, telling him that his favorite son had been killed by wild animals. Joseph’s brothers even provided proof by showing their father Joseph’s coat of many colors that was torn and tattered, which they had conveniently dipped in goat’s blood (Genesis 37:31ff). Joseph’s story in Genesis (chapters 37-50) tells of how he endured much, including slavery and imprisonment, because of what his brothers did to him. It would have been very easy for him to nurse a deep and lasting grudge against his brothers. But after he had been elevated to the second highest office in Egypt, second only to Pharaoh himself, Joseph was reunited with his brothers when they came to Egypt seeking to buy food in a time of famine. They did not recognize him, but he recognized them. To be sure, Joseph did mess with them some, but he did not exact the vengeance that he could easily have done. Instead of destroying them in a fit of righteous anger, what did Joseph do? He forgave them. But now, in today’s Old Testament lesson, their father, Jacob, has died, and the brothers are afraid that Joseph will now settle the score. Amazingly, Joseph does no such thing. Instead, he tells his brothers this: “Do not fear, for am I in the place of God? As for you, you meant evil against me, but God meant it for good, to bring it about that many people should be kept alive, as they are today. So do not fear, I will provide for you and your little ones” (Genesis 50:19-21a). And by the grace of God, Joseph experienced freedom in forgiveness.

Now, let’s look at today’s Gospel lesson. Peter thought he was being generous when he asked Jesus that question: “Lord, how often will my brother sin against me, and I forgive him? As many as seven times?” (Matthew 18:21). However Jesus’ response is translated, seventy-seven or seventy times seven, the point is that forgiveness is to be without limitation. Jesus’ parable of the unforgiving servant in today’s Gospel is a graphic illustration of how we can easily manipulate forgiveness. We want that forgiveness for ourselves, but will we extend that same gift to others? The first servant owed his king an astronomical sum of money – 10,000 talents. A talent was a monetary unit worth about twenty years’ wages for a laborer. In today’s world, if that amount were talents in good it would be about $12 billion; in silver, it would be about $161 million – an amount so high that it simply could not be repaid “And out of pity for him, the master of that servant released him and forgave him the debt” (Matthew 18:27). Having been released from this crushing debt, that same servant finds a fellow servant who owes him a paltry sum of 100 denarii. A denarius was the average day’s wages for a laborer, which would come to about $8700 today (https://roberthatfield.net/ten-thousand-talents/). Does he forgive his fellow servant? Nope, he began to choke him and had him thrown into prison. Unbelievable! Where’s the freedom in forgiveness? That man is called to task by his master who confronts his selfishness: “I forgave you all that debt because you pleaded with me. And should not you have had mercy on your fellow servant, as I had mercy on you?” (Matthew 18:33). The question we must wrestle with is this: Is there something of this unforgiving servant within us today?

Like Joseph, we may have deep wounds within us; scars from long ago where we have been betrayed or hurt by others. Like Peter, we may wonder what is the limit to how much I can forgive. Forgiveness is not always easy, not is it quick. If the wound is deep and old, forgiveness may not be quick in coming. It take a very long time. Let us look to Christ on the cross, who paid the price of our forgiveness, not with silver or gold, but with his precious blood (1 Peter 1:18-19). Let us look to Christ, who even while he hung on that cross, said, “Father, forgive them, for they know not what they do” (Luke 23:34). Jesus gave his life as the atoning sacrifice for the forgiveness of all our sins – the evil we have done and the good we have failed to do. Freedom is not just freedom from; it is also freedom for. Almighty God in his mercy has set us free from that crushing debt of sin. That debt is now marked “Paid in Full,” sealed with the blood of Jesus. We have been set free from that debt of sin in order that we might now be set free for extending that gift of forgiveness to others. How can we who have received so much from God not forgive those have sinned against us?

There is power and freedom in forgiveness. Consider the real-life example of Nelson Mandela (1918-2013), the late South African anti-apartheid leader and President of his nation from 1994-1999. It was thirty years ago this year, on February 11, 1990, that Nelson Mandela was released from the notorious prison on Robben Island. He had served twenty-seven years on charges for speaking out against human rights abuses to black South Africans, as well as for promoting racial harmony and equality in his country. As he left prison in 1990, this is what Nelson Mandela reported himself thinking: “As I walked out the door toward the gate that would lead to my freedom, I knew if I didn’t leave my bitterness and hatred behind, I’d still be in prison” (https://www.goodreads.com/quotes/278812-as-i-walked-out-the-door-toward-the-gate-that). There is much wisdom here for us today. Rather than being consumed by bitterness and hatred when others sin against us, the Lord calls us to freedom in forgiveness. As we have been forgiven, so we are to forgive. This is our calling in Christ.

At the beginning of this new year of learning and growth in the Christian faith, may this freedom in forgiveness be the hallmark of our life together. May God make it so for Jesus’ sake. Amen. 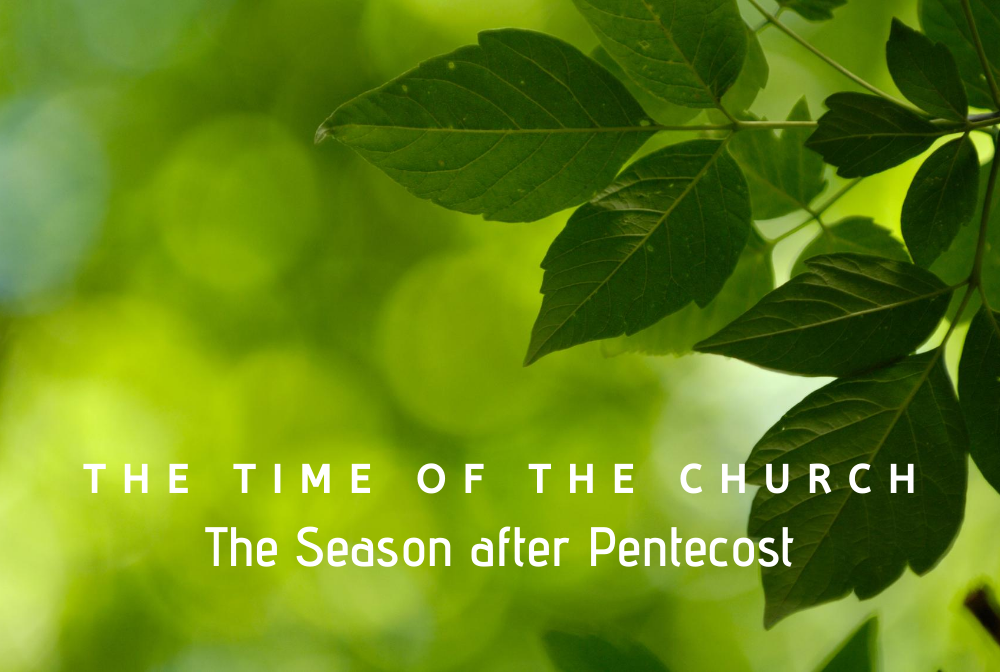