Stewardship in the Congregation

STEWARDSHIP – A WAY OF LIFE IN THE CONGREGATION

The Nineteenth Sunday after Pentecost – October 11, 2020

Dear joyful members and guests both present and viewers wherever you are:

It is both my pleasure and privilege to be the conduit for the Gospel’s message this day which provides such rich and joyful experiences and hope to the lives of those who hear it, believe it, and practice it.  I’m filling in for your regular proclaimer of God’s grace who is taking a well-deserved respite.  May he find rest from serving and may we find strength in our mission together as stewards of God’s grace.

Today’s theme expands that setting from the biological family to the nuclear family called the congregation, the local setting for what we universally call the church.  To bring focus to this topic we turn to today’s letter to the congregation in Philippi where St. Paul gives us some basic commonsense pointers to test what the congregational stewardship level is or should be.  Let’s turn our attention now to that text and check whether locally we are on the right course.

Do we test positive?  As we tip toe through the mine field of today’s virus plague, the last thing we want is to test positive.  Probably some of you have been tested and, if you are in this setting today, the negative result caused a great deal of joy and relief. However, when it comes to stewardship on the local level, Paul entirely reverses the subject and the criteria when he tells us that to test positive in the category of stewardship is imperative and the mark of success.

Paul begins: “All of you, rejoice!! Grammatically that is second person plural imperative so it includes everyone.  Perhaps your initial reaction to that command is to think of all the reasons going on your life that make rejoicing difficult, if not impossible. Problems that keep cropping up almost daily as you struggle to maintain your equilibrium and your sanity.  Give me a reason to rejoice, Paul.  In fact, in the preceding verses to today’s text Paul himself started with the command to rejoice back in the first verse of chapter 3.  At this point his train of thought is interrupted by the reality of negative things going on in the congregation – people trying to change to Gospel message, inflated egos that were destroying relationships, bickering among members to name a few.

Yet, in spite of all that, Paul can still be positive and asks everyone in the congregation at Philippi to rejoice a second time. If you do a little word search in the bible, you find that joyful people are people who have made a wonderful discovery.  The Wise Men rejoiced when they found the newborn Savior.  The good shepherd rejoices when he finds that sheep that was lost. So, what have we found that would bring us such joy?

Paul has that answer.  “Rejoice in the Lord all the time.” Undergo that brain surgery he suggested two Sunday’s ago in Chapter 2 when he recommend, we let this mind be in us that was also in Christ Jesus.  It brings light into darkness, sorrow into joy, captivity into freedom when we accept the grace and forgiveness offered to us in the redeeming work of Jesus, who, in spite of our sometimes bloated egos and bickering, paid the full price for our sins on the cross and now the Lord offers to us the freedom and responsibility to love and serve one another that same way in return.

There’s a story about a holy man was having a conversation with the Lord one day and said, "Lord, I would like to know what Heaven and Hell are like."  The Lord led the holy man to two doors. He opened one of the doors and the holy man looked in. In the middle of the room was a large round table. In the middle of the table was a large pot of stew which smelled delicious and made the holy man's mouth water. The people sitting around the table were thin and sickly. They appeared to be famished. They were holding spoons with very long handles that were strapped to their arms that made it possible to reach into the pot of stew and take a spoonful, but, because the handle was longer than their arms, they could not get the spoons back into their mouths. The holy man shuddered at the sight of their misery and suffering. The Lord said, "You have seen Hell."

They went to the next room and opened the door. It was exactly the same as the first one. There was the large round table with the large pot of stew which made the holy man's mouth water. The people were equipped with the same long-handled spoons, but here the people were well nourished and plump, laughing and talking. The holy man said, "I don't understand." "It is simple" said the Lord, "it requires but one skill.  You see, they have learned to feed each other, while the greedy think only of themselves."

Paul continues, “Let your gentleness be known to everyone.”  In other words, avoid extremes both in your words and your actions.  That’s sounds rather “geekish” in today’s divided and contentious climate. The boxing gloves are off in so many areas.  Look, for example, at the extreme verbs the media uses to discuss issues.  People “bash”, they “blast,” they “slam” they “go viral.” That kind of extreme verbiage may grab headlines and sell the news but they also stir animosity and division which is a very meager stewardship of their responsibility. Add to that the drivel that drives much of social media today and you often find that seemingly “nice” people can lay bare some shocking and scathing negativity you would never expect they entertained.

Living in the context of those extremes, there is a very real danger that those viruses might invade the congregation and its stewardship mission. But tempered by our faith and a strong dosage Christ’s love and forgiveness, we get to know one another on a deeper level, connect with their needs where our talents can best be used, and joyfully test positive against the criteria Paul now suggests.

As we daily follow that checklist, stewardship will become a way of life in our families and this congregation.  May God help us to make it so!  Amen. 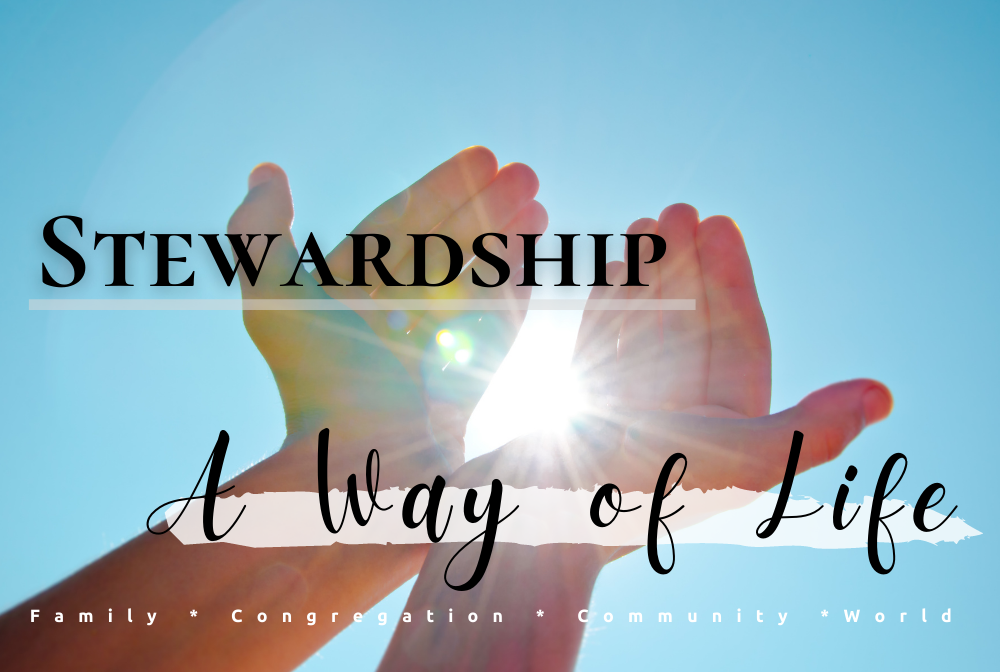 More in Stewardship - A Way of Life

Stewardship in the World

Stewardship in the Community

Stewardship in the Home