The Fourth Sunday in Lent

One major theme that stands out in the Book of Numbers is the divine-human relationship between God and the Israelite exodus generation.  When reading the Book of Numbers, as the narrative unfolds, it will become obvious to the readers that God is being described by the author as a fatherly character. God is described as a loving, protecting, guiding, teaching, and a providing fatherly figure who always looks after His children – the bratty and demanding Israelite exodus generation.

If we recall the exodus event, the sons of Israel were suffered because of the  bondage of slavery in Egypt.  They cried out to God for help.  God heard their groaning, and He remembered the covenant He made with their forefathers Abraham, Isaac, and Jacob (Exod 2:23–24).  Showing compassion and keeping His promise, God freed the Israelites from slavery in Egypt. God commissioned Moses and Aaron to lead them to the land He has promised to their forefathers, which covenant He also spoke directly to the Israelite exodus generation face-to-face at the sacred Horeb mountain (Deut 5:2).

But despite the fatherly gracious providence and protection that God has provided for them in the wilderness, instead of being prepared militarily for the encampment and for the march in the wilderness to cross over the Jordan to dispossess the inhabitants of the promised land, the sons of Israel were constantly whining and complaining every time they faced hardship.  The Israelite exodus generation was supposed to be God′s 603,550 mighty warriors (Num 1:46) carrying the Ark of the Covenant in battles (Num 10:30–36), sounding the war trumpets, and marching through the enemies′ encampments and fortified cities to dispossess the inhabitants of the promised land. Granted, the enemies were many and strong: the Anak-Nephilim, the Amalek, the Hittites, the Jebusites, the Amorites, and the Canaanites. But instead of trusting in the mighty arm of Yahweh of Hosts to deliver the enemies into their swords, doubting God, the Israelites trembled in the face of the enemies (Num 12:28–33).  Lack of faith, the Israelites became demoralized in disobedience, complaints, idolatry, doubts, and apostasy.  Finally, their nomadic journey ended with a sad outcome.  Because of their sins, they could not cross the Jordan to the promised land, and the rebellious exodus generation died in the wilderness (Num 14:23; 20:12, 23).

The reading today from the Book of Numbers exemplifies just that.  I invite you to look at the painting by Aubin Vouet (1595–1641), “The Bronze Serpent” (photo: Public Domain). https://www.ncregister.com/blog/was-moses-bronze-serpent-an-idolatrous-graven-image

The Israelites became impatient because of the difficult journey in the wilderness, again they spoke against God and Moses, “Why have you brought us up out of Egypt to die in the wilderness? For there is no food and no water, and we loathe this miserable food” (Num 21:5).  So, to discipline them, God sent snakes to kill them, and many rebellious people were bitten by the snakes and died. The people repented, they asked Moses to intercede for them. Moses interceded for the people and he placed a bronze serpent on a pole to bring healing to God′s people who had sinned against God. By sending the poisonous snakes to kill, and by putting the bronze serpent on a pole to give life, God wanted to remind the Israelites that He is in charge of their destiny.  The story shows us that God acted as a fatherly figure to the Israelites. When God′s children disobeyed, God disciplined them – by giving them a timeout, not a short timeout, but it was an awfully long and permanent timeout for those rebellious ones who were bitten by the poisonous snakes! But for those who repented of their sin, God healed them, giving them life.  The discipline and the healing actions were both driven by God′s love for the Israelites because God wanted them to succeed and to live in the promised land as His chosen people.

The prominent theme sin–punishment–repentance–restoration found throughout the Book of Numbers is a model that foreshadows God′s salvific mission to save us through Jesus, which we learned from the reading of the Gospel text this morning.  God has made a covenant with Abraham, with the exodus generations, and now He makes a new covenant with us through the salvific mission of Jesus: the crucifixion-resurrection of the Son.

Today′s reading, John 3:14–21, is an excerpt from the dialogue, or rather a monologue of Jesus addressing a Pharisee named Nicodemus, a ruler of the Jews, a member of the Sanhedrin.   Nicodemus was receptive to Jesus and his teachings. The Jesus-Nicodemus dialogue is a well-known passage in the Gospel of John; the evangelist intended for it to serve as one major Christological kerygma of the Gospel, in simpler words, it is the preaching of the good news about the Anointed One – the Messiah. This present text is unique only to the Fourth Gospel because it probably existed only in the Johannine tradition, that is, the school of thought in the tradition of the Apostle John.  Thus, so also, Nicodemus, he is only mentioned in the Fourth Gospel.

The text we read today serves as a major backbone for important Christological theologies, especially the covenant theology of the cross.  The Jesus-Nicodemus passage continues to generate myriads of literature, we will not touch on every details of the text.

Using the bronze serpent image in Numbers 21, Jesus foretells His crucifixion passion and reveals His mission of healing and reconciliation. The lifting up of Jesus on the cross to die for our sins marks the beginning of the three-fold redemptive event: crucifixion-resurrection-exaltation. In John 3:14–15, Jesus said to Nicodemus: “And just as Moses has lifted up the snake in the wilderness, in the same way the Son of Man has to (δεῖ) be lifted up ( 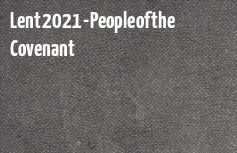